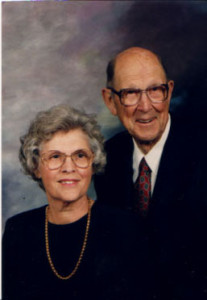 The Arntz Family Foundation was created in 1994. It was the vision of Gene Arntz who had a wonderful sense of responsibility to his fellow journeyers on this planet Earth. Gene worked very hard for his family and his community but he felt he had been blessed with abundance that wasn’t entirely from his own doing. His wife Nelle shared these feelings and together they served as teachers and as an example for their four children in caring for the condition of other human beings. Gene and Nelle were nature lovers, lovers of art and music, and they made contributions to a whole range of non-profit endeavors. Gene wanted to create a foundation with the hope of fostering the same sense of stewardship in his children. Nelle wanted to create a foundation to focus their giving on more thoughtful strategic donations.

Both of their hopes have been realized in their children and family members who supported the vision by contributing to the creation of the foundation, and by concentrating on the environment because of Gene and Nelle’s great love of nature, their connection to it as a source of their spirituality, and their work toward preserving it.

The board of the foundation is composed of the Arntz children and their spouses. The board decided to focus on the environment, not just to honor their parents, but also because they feel that given the state of the world this is one of the areas needing the most support at this time. They have further refined their areas of interest to fund primarily organizations that focus on both the sustainability of the environment and the people living in the environment. Where support for both people and ecosystems comes together is the Arntz Family Foundation’s highest priority.